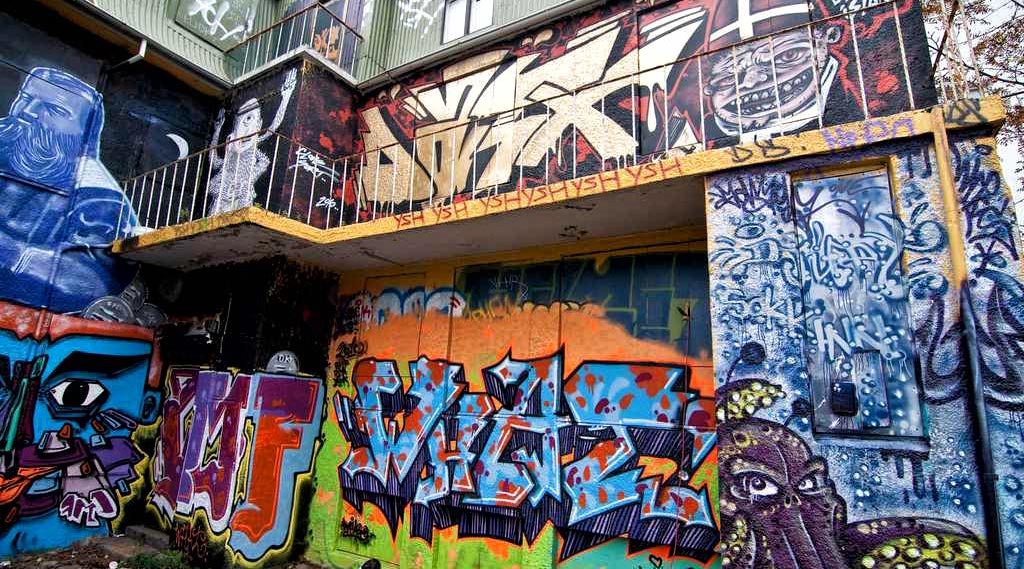 Reykjavik is Covered in Graffiti

On August 9, 2013, The Reykjavik Grapevine published an article about their namesake city’s ‘War On Grafitti.‘ If you want to read about the politics of the issue, this is the article. The author, Kirsten O’Brien, pits the bursts of colorful art against the grey and solemn backdrop of the Icelandic capital. In early June, Yankee Skeptic posted an article entitled “Twelve Things They Don’t Tell You About Iceland…,” which argued that Reykjavik’s graffiti isn’t a ‘problem:’

It’s just part of the Reykjavik vibe, and no one paints on the historic (that being, older than this country) buildings. And you can use these murals to help you navigate!

So, though “graffiti” carries a nasty connotation, there are some definite benefits in Reykjavik. I’m gonna talk about the more impressional aspects of the Icelandic tagging phenomenon, and how it strikes a stopover tourist.

I think the graffiti in Iceland is a good analogy for the tone of the country. When you first land at the Keflavik airport, you feel small — like a freckle in the vast nature that you were swallowed by on your descent. The landscape feels untamed: raw, powerful, rugged, and utterly beautiful. It quickly brings your humanity into check. 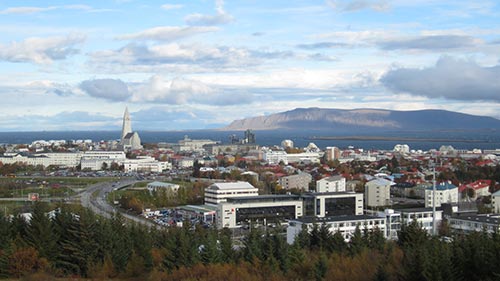 In cities, it seems like society is the master of the world; that our reigns are so tight, we have complete control of even the weather. We build and take and till what we want, and answer only to ourselves. In Iceland, it is a different monologue; we are a weak, meek existence, and we can construct only what the earth allows.

A Speck Among Mountains

Like the Keflavik airport, Reykjavik is like a tough hamlet in the middle of sheer nature. The buildings are built to withstand the wind. The people hunch their shoulders and keep to themselves. Pea coats. There is no malice, but instead a quiet reverence. Even downtown, Reykjavik is still really all about the nature.

What Reykjavik is to Icelandic nature, the bright graffiti is to the grey walls of Reykjavik. And the amount is incredible! One would think for a pretty tiny city there would be less… and yet, even houses have paint, from terrible tags to wonderful murals. My time in Iceland was short, my impression was quick — but if there’s one thing I’ll remember, it’s that rogue paint. 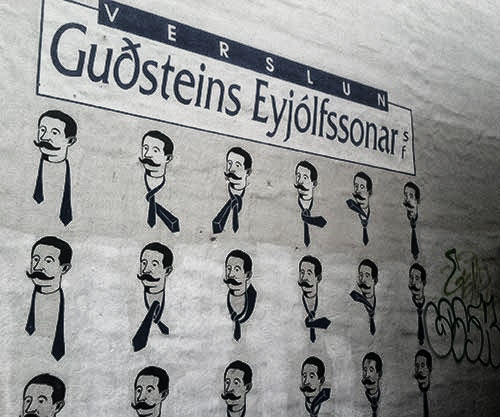 Header image via A Blog About Iceland

I'm a digital nomad who earns his keep online. At PercentSharp, I'm the Director of Strategy. Sometimes I eat banana peppers right out of the jar.